I’m so excited to welcome author Pamela S. Meyers to Faith~Driven Fiction. Pamela is an agency mate of mine with Terry Burns at Hartline Literary Agency. I had the delight of meeting her last September at the American Christian Fiction Writer’s Conference here in Dallas. I’m so glad she could join us here because she is deeply involved with a volunteer effort for the ACFW. And I’m excited about her newest book, published by Summerside Press, called Love Finds You in Lake Geneva, Wisconsin. 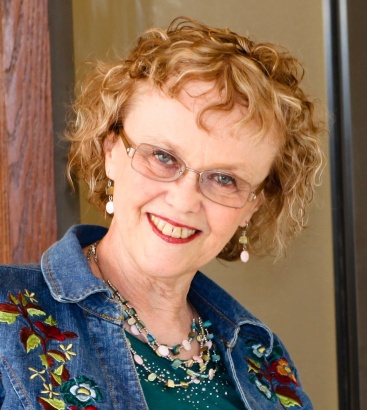 Marji: What was the inspiration for this story?

Pamela: I grew up in Lake Geneva which is a beautiful picturesque town in southeastern Wisconsin. Geneva Lake is obviously the centerpiece of the town and area. I’ve not lived there for many years but I’m blessed to be only an hour’s drive away and I love going up there and just sitting and watching the lake and thinking about the unique history of the area.

Marji: Your book release is set for next Monday, April 1, (no foolin’). What other special things are coming up for you?

Pamela: April 27, 2013 when I give a power point presentation at the Geneva Lake Museum in Lake Geneva and sign books. I’m very jazzed about this. Going back to my hometown and sharing the book of my heart to the town is very special to me.

Marji: Oh, that sounds like fun. I just love reuniting with old friends and family. So tell us more about yourself. What type of television do you enjoy?

Pamela: I’m a reality show nut. I don’t like all of them, but I love American Idol, Survivor, Top Chef, Amazing Race, and even follow The Bachelor/Bachelorette. I always say they are a wealth of good research in observing people, but they are great no-brainer TV.

Marji: Sometimes you just need the relaxation of entertainment that doesn’t require thinking. I so get that. LOL. I’m a NASCAR fan! Ha! What food or beverage normally accompanies your writing sessions?

Pamela: Coffee in the morning and Diet Coke later in the day. I’m somewhat of a coffee snob. Grind my own beans and mix two varieties together. Have the coffee maker set to go off, so when I get up the coffee is ready and waiting.

Marji: I’m a Pepsi fan myself. (Diet and Cherry – Yum!) So how long have you been writing?

Pamela: I like to say that when I seriously started pursuing publication in fiction Bill Clinton was in the White House and gas cost $1.15/gallon.

Marji: What did you do to celebrate when you sold this book?

Pamela: By whooping and nearly having an accident on a busy Chicago area tollway. I was driving at night between orange barrels as the road was under construction when my agent suddenly called.  Know better than to talk and drive at the same time, but my agent never calls me at 9 p.m. on a Friday so it had to be something important. When he told me Summerside wanted the book, I screamed. I didn’t stay on the phone for long because it just wasn’t very safe. I sang praise songs to God the rest of the way home.

Marji: Ha! I can only imagine such, but I certainly have a picture in my head of that! Do you share any personality traits with your main character?

Pamela: I probably do, but as I wrote I began to see more of my mom in Meg and my dad in Jack. I can’t say it is anything in particular, but I began to picture them looking like my parents did back in that time.

Marji: Oh how special. Yet another connection to your past and to their legacy. What was one time when your characters did or said something that surprised you?

Pamela: I can’t really tell what the surprise was that happened, as it turned out to be a major plot point in the story. But it took me totally by surprise when my heroine, Meg, answered a question about her family. I just sat there staring at the computer screen and said out loud, “I didn’t know that.” It was an awesome moment.

Marji: It’s so much fun with characters create their own stories. Staying with your story, what is one section that made you smile? (Or tear up?)

Pamela: When Jack and Meg finally kiss for the first time. I smiled and got watery eyes. It’s a very cool situation. Very romantic.

Marji: I’m a sucker for a good romance and this one sounds like a sweet one. What is your character needing, wanting, or searching for?

Pamela: Meg wants to be a reporter for the small weekly newspaper where she works. Hard news, not society fluff. But back in 1933 reporting hard news was considered a man’s job. She has a tough time breaking through the so-called glass ceiling, especially when the hero, Jack Wallace takes the first reporter position that has opened up in three year.

Marji: Great premise. Sounds like it’s rich with conflict and opportunity. Would your book make a good movie?

Pamela: A reviewer said he felt like he was watching a romantic comedy set back in the 30s. That made me smile.

Marji: Ah, I bet you loved hearing that! Comments like that are like personal trophies. I’m so glad that Pamela came to visit today! What a delight! Here’s more about Love Finds You in Lake Geneva, Wisconsin:

Will she lose her heart to the man who stole her job?

A young woman wants to work in a man’s world. It’s 1933, the height of the Big-Band era, and beautiful Lake Geneva is already well established as a summertime playground for Chicago’s elite. Local girl Meg Alden works at the town newspaper, but she aspires to be a reporter—a job given only to men. When a position opens up, Meg spies an opportunity to break into the business. That is, until Jack Wallace, the son of a big-city newspaper magnate, is hired instead. Jack is drawn to Meg and suggests they combine forces to uncover a local scandal. But how will Meg be able to work with the man who stole her job…and makes her pulse race?

A little about Pamela S. Meyers:

A native of Lake Geneva, Wisconsin, Pamela S. Meyers lives in suburban Chicago. She served on the ACFW Operating Board for five years and has also served her local ACFW chapter in leadership roles.

Her debut novel Thyme for Love released November 2011, and its sequel Love Will Find a Way is set to release in March 2013. Her historical romance that is set in her hometown, Love Finds You in Lake Geneva, Wisconsin, releases in April 2013. She has published many magazine articles and is a contributor in a non-fiction compilation book.

You can often find her nosing around Midwestern small towns, looking for story ideas or coordinating the ACFW Genesis writing contest. She leads a woman’s life group in her church and enjoys reading and cooking.

You can find more information on Pam at www.pamelasmeyers.com or on Facebook at https://www.facebook.com/pamela.meyers