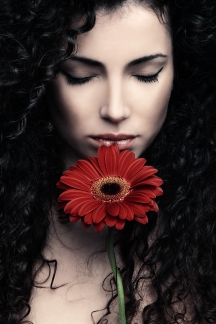 Mara is starting to push through her apologies, though it hasn’t been easy so far. If you missed any of her story, you’re going to want to check out Write Integrity Press. Her choices, both bad and good, have led up to this place. Stay tuned to see what she does next.

The story premise: After coming to know the Lord, Mara Adkins feels compelled to try to right the wrongs she committed during her more manipulative days. And she’s got a LOT of victims to encounter. Yet God just might intend that one of them hold her heart.

These pages had some dirt or something between them. At least I thought they were dirt. Then I realized they were tiny seeds. Now that’s sweet.
From Mara Herself:

Sounds like I’m walking around in a circle with a sign. Ha. No, I’ve just spent the last month of my life, most of it anyway, standing in the aisle of a grocery store for six hours everyday trying to pawn off the latest snacks and samples that the manager wants to sell.

Actually, it wasn’t such a bad job. I met some nice people. Saw a few of them every day or at least most days. It hurt my heart, though. Some of the people I met, they don’t have nearly the blessings that I’ve had. That I still have.

Makes me feel so guilty that God has given me so much despite the pain that I’ve cause to so many lives. I know it’s His grace. And that the essence of grace is that it’s undeserved.

I think I’m beginning to understand what Jenny meant when she talked about her unwillingness to forgive herself. I really thought, as I started to talk with these men, that I’d start feeling better. Even if they didn’t forgive me, I would know that I’d done my best to make things right.

Doesn’t seem to be working out that way. I’m up to three apologies and guilt still sticks like the candy coating on an M&M.

Why is it that I’m always thinking of food? Besides the fact that the store where I’m working is full of Easter candy. I think I need to start a new exercise plan. Maybe I could take up kick-boxing. Either I can get out my frustrations on a punching bag, or I could get the guilt beat out of me in the ring?

Then again, if I had the money to join a gym, I would use it for my car payment and stop working these crazy jobs. I think I’ll stick with running. It’s cheaper.

PS from Marji Laine: A Dozen Apologies provides a special treat—though not as exciting as a kick-boxing class but close—for the readers! You all get to help decide the ending of this book! Too much fun!

The way it works is: A new chapter will post each weekday at Write Integrity Press. Read the 13 chapters (from 12 different authors) and then choose the hero you like the best. The guy who gets the most votes gets the girl! Whoop!  And as a bonus, the book itself, which will offer the only chance to see the final chapter, will be free over Valentine weekend! Win-Win!

Your Turn: If you wanted to start a new exercise, any exercise, what would it be? Or maybe you already have an exercise regime that you love?