While fathoming our amazing God provides an impossible struggle for our finite minds, analyzing His names through scripture offers glimpses of His amazing character.

Today’s name is Jehovah Shalom, The Lord is Peace, used only in Judges 6:24. I find it interesting that the Lord is proclaimed as peace in such a violent book of the Bible. Strangely enough, His name doesn’t come out at the end of a battle. In fact, Gideon announces His name as Peace before the battles. Gideon has been discussing with a messenger of the Lord what He was planning to do. Although Gideon believed the man to be sent from God, he was devastated to realize that He was “the Angel of the Lord.”

The “valiant warrior” lost it when he realized to Whom he was speaking. In fear, he admitted, surely I’m gonna die, because I’ve been in the presence of the Angel of the Lord. At that point, the Lord told him, “Peace to you. Do not fear. You shall not die.”

For that promise, Gideon set up a memorial entitled The Lord is Peace.

Shalom is a variation of the word Shalem which means welfare, completeness, soundness, and peace.  It is the absence of strife, conflict, or tension. It indicates ease and serenity. In essence, the Lord encouraged him with calming words to settle his mind.

Shalom was also used at the end of a transaction, a recovery of the relationship and harmony. A reconciliation.

At the time when the Lord proclaimed this peace, Israel was overrun with Midianites. The country of Israel had a continual rotation of apostasy, oppression, repentance, and deliverance all through the time of the judges. In this situation, the Midian army had been troubling Israel for seven years. They, along with the Amalekites, would destroy crops and herds, so the Israel farmers had to graze their cattle and harvest their grain in obscure areas. That’s why Gideon was in the threshing floor of the wine press beating out wheat. To do so in the open guaranteed an attack by the hordes of Midianites and Amalekites. 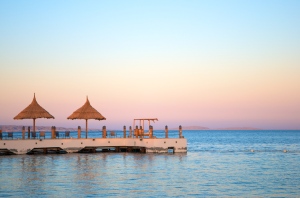 “Peace expresses the deepest desire and need of the human heart. It represents the greatest measure of contentment and satisfaction in life.” Rev. Don Robinson

While peace isn’t the ultimate goal of every human being (those who want power don’t generally care for peace) it is the desire of most people. Think about it. Every joke about beauty pageants has a “I want World Peace” line in it. Even those people with all kinds of money or fame or rewards search after peace. Some even commit suicide in order to attain what they believe will be peace.

Especially when the God of Peace seeks to wrap us up in it. I don’t know about you, but I love that image. My heavenly Father bundling me up in a warm cozy blanket of peace.

I can’t help but think of Jeremiah 29:11 at this point: “‘For I know the plans that I have for you,’ declares the LORD, ‘plans for welfare and not for calamity to give you a future and a hope.” Did you catch that welfare word? Yep. Same word – Shalem. God desires us to give us peace, an untroubled mind during our years here on earth. How cool is that?

I find it interesting that this study of peace has come on the heels of such unrest in Ukraine. May God Who is Peace cover that situation, protect His people, and break the strife and conflict that tries to remain.

Your Turn: I know this study had perfect timing for me following a sharp disappointment. I feel like God’s been whispering to me all day to rest in Him. What is He saying to you?