Woohoo! Tomorrow through Thursday, Grime Wave, the second book in the Grime Fighter series, is only 99¢, and tomorrow only book one, Grime Beat, is FREE!

Dani and Jay’s romance begins to bloom in this story. And Jay’s attempt to take Dani on a first real date inspired me to make a series of posts about the first dates of some of some outstanding Christian authors.

But I don’t want to put any of them on the spot before I share my own story. One of them anyway …

I can’t believe I’m sharing this with you. Don’t judge me too harshly!

My sweet hubby was my best friend in college. I wasn’t interested in a relationship. But that all changed on a student ministry trip when I learned he’d been casually dating someone else all summer while I’d been working at a youth camp.

Wait. He was my friend. It was a hard lesson in taking people for granted that lasted an entire ten-hour trip to Glorieta Baptist Conference Center. He drove the pickup that pulled a trailer with our belongings, and this other girl rode with him. The only time we even got to speak was during gas station or convenience store breaks.

But the first night at the camp, the other girl got onto the subject of why my best friend hadn’t asked her to go steady—be exclusive. She wondered aloud what she should do to make him commit.

Then she asked my opinion. Should she keep making an effort, or should she dump the guy. Well, I’d already talked to him and knew he wasn’t serious about her or the relationship. They were friends. And she’d stayed in town for the summer. Convenient.

But I wanted to play fair to this gal. 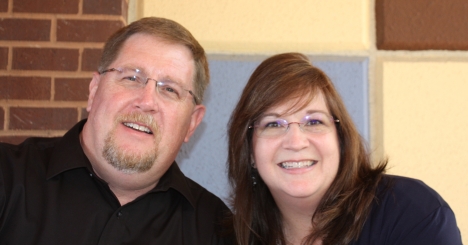 So, I sincerely suggested that she not ask for my opinion. By now, my brown eyes had an odd greenish hue to them. Yet, the gal persisted. Should she keep dating him or cut him loose?

“I think you should dump the guy.” Harsh, I know. But I had warned her not to ask me.

So she did. The next day Sweet Hubby and I enjoyed our first date on the streets of Santa Fe. (He even bought me a teddy bear!) Regrets? Not a one!

Your Turn: Did you ever have a time when jealousy played a little part in any of your relationships?