Woohoo! We have another super-generous author willing to give away a treasure! Want a chance to win this exciting new book? Read on!

Not only is today’s author one of my favorites, her series is the all-time favorite of my teenagers. Plus, she’s a great friend. Jackie Castle has just released the fifth book, Ignited, in her White Road Chronicles (a cross between Narnia and Lord of the Rings). Come back by on Thursday to check out what my girls thought about Ignited.

In addition to her fantasy allegory, she’s also started a contemporary romance series – quite a stretch, but one she’s pulling off with great success. I couldn’t resist asking her a few questions about the differences in our little interview.

Thanks so much, Jackie, for spending some time with me! I have to tell you, my teenage twins inhaled Ignited! They will be sharing their review in a few days. So I have to ask, where did this fabulous allegory first begin; what was your initial inspiration for Illuminated – the beginning of your White Road Chronicles? And how many more pieces of Alyra’s story are there?

I’m not even sure where the first inspiration came from. I was reading a lot of YA fantasy and so many of the characters were dragged through the mud and beaten down in so many ways. A thought went through my mind, “They need a healer.”

From there, Alyra/The Princess walked into my mind with red curls and a glow surrounding her. I’d written a few books before this and had been part of a writers group all through my 20s, but hadn’t been in a long while. I kept thinking I needed to rejoin a writer’s organization, but couldn’t find one at the time that was Christian-based. The Lord told me I knew how to write a story, and I just needed to do it. Write it for Him. So I did. And when I let people read it, they loved it.

Soon as I finished the book, I found ACFW and Lena’s critique group. (Lena Nelson Dooley)

I had originally planned to just write the one, with a possibility of two more if there was interest. Then my cousin visited me one day, and he was into the stories. He said the Lord told him I’d write a lot more than just three. LOL. I told him no way. But I’ve not been able to tell the whole story after the first three, so it’s looking like there will be six.

Which now makes me kind of sad, since I just finished #5. I simply love the land of Alburnium.

A new idea had been tinkering around in the back of my mind. A new problem rising up in the land. I see a face peeking out of the shadows… so who knows?

The White Road Chronicles are drastically different from your contemporary romance series, Madison Creek Bed & Breakfast. Which of the series is harder to write? Do you have any tricks for moving from the fantasy allegory to the contemporary romance?

Honestly, they’re not all that different, if you really think about it. Madison Creek is a town that wants to revive itself. The way they will do that is to band together and help each other out.

In Alburnium, One who needs help can always find it in a Kingdom town, or A White Tree town. A Kingdom town will help a weary traveler on toward their destination. A Kingdom town is a safe place and the people of Alburnium are gathering together to take back what the enemy has stolen so that goodness reigns.

I think, basically, that’s my core belief. As God’s people we should be standing together and taking back what the enemy keeps trying to steal from us. We do that by living with open hands, showing kindness, helping when there’s a need, offering grace and understanding to the downtrodden. At least, it’s a theme that seems to run through my stories. 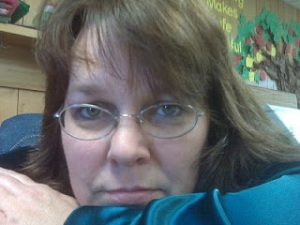 I’d have to say the contemporary is more difficult. I can make things up in fantasy and that’s fun. The contemporary has more rules I need to live by. Blah. Lol.

Your characters in the White Road Chronicles are deeply crafted and all so unique. Did they simply develop as you wrote, or did you base personalities on people or characters familiar to you?

They developed as I wrote them. Some represented people I know in my life. Here’s an example I can share because this friend knows she was my inspiration for Carah. But the first time Carah shows up in the books, she’s standing in the midst of a battle singing! And the enemy can’t handle it. The friend who inspired this character is a worship leader, and I’ve said often when she sings and her voice booms across the room, the demons scatter. You feel it deep down, and her songs stir something inside of you. When Carah goes into battle, and she sings for the King, it drives away the enemy. Some people can just do that. It’s a gift, I think. =)

What do you find is the biggest challenge in writing a series of any sort? Do you have a special way of keeping the character and story details consistent between the books?

Keeping track of everything has been the hardest part. I didn’t plan all this out before I started. It’s just come to me as I went along. I do have a book (now) that I put together after I wrote Emanate. That helps me keep track of who has blue eyes and all that.

But you know, Alyra, Jerin, the centaurs, and Katrina… all of them are such a part of me that I see them when I close my eyes. I just know that Katrina has black hair that’s long and it covers her oddly shaped ears that have swirling lines on the lobes. I can see Tarek’s sandy blond hair that falls in his forest green eyes. And Alyra with her wild red curls and golden hued eyes. She smirks a lot, too, because she’s always thinking of ways to maneuver around the rules and get her way. Haha.

Ha! I love that! And I so appreciate you visiting with me here! Learn more about Jackie’s books at her Amazon page.

Your Turn: Jackie is willing to give away an e-book copy of Ignited to one reader who leaves a comment! Yea!  Make sure you leave your email address (US residents over age 18 only) and share your favorite type of fantasy story – allegory, science fiction, fairy tales, something else?

4 thoughts on “Indie Author – One of my FAVES!”