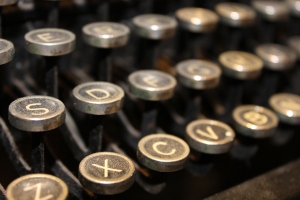 Watching Jessica Fletcher on “Murder, She Wrote,” I remember so many times when she needed her solitude to finish this story or that difficult scene. She made the occupation seem rather isolated. And she was a traditionally published author – albeit a fictitious one. (Is “Castle” the same way?)

The very label of independently published author sounds like END_OF_DOCUMENT_TOKEN_TO_BE_REPLACED

I couldn’t help myself. After writing for weeks about heroines and the best romantic matches with them, I had to create a few of my own. Not sure these are perfect pairs. Maybe you can come up with a few others? END_OF_DOCUMENT_TOKEN_TO_BE_REPLACED

I think I watched too many Murder, She Wrote episodes. You mean authors don’t get flown from city to city by their publishers and wined and dined for little autographs?

Actually, I imagine the life of an author back then was terribly difficult with all of the travel involved. It just looked glamorous. Nowadays, the life of a writer has changed. While there is still often travel expected, the optimal means of marketing is online. Social networking. Trouble is, finding that ever-elusive niche, a spot in the world wide web that all of the media gurus holler about, is like a sneeze that’s about to happen and never does. All anticipation and no satisfaction.

I was about to charge that actual authors or about-to-be authors have an easier time of it, but that’s not entirely true. While they do at least have something to promote, a reason to be around, they still have to find a niche just like the rest of us. Historical authors or those that stay in a specific situation like medical or military dramas have a ready-made audience and a plethora of topics to choose from. It’s also easier for non-fiction writers because they are experts in their fields and they have a vast list of discussions they can hold.

But the rest of writerdom tends to either flounder from one random topic to another or focus on topics that won’t necessarily help in the draw to their stories. I’m so there. Chomping at the bit to get my career moving, but at a stand-still for lack of direction. I’m working on it. My direction isn’t entirely honed, but I’ve been paying attention to the websites that are the most satisfying to read, even in the non-fiction world. They hold to the mantra that it’s okay to give it away once in a while. And I’ve found blogs that have so completely explained the Facebook situation that I actually understand it. I learned enough about Hootsuite to want it and USE it. And I’ve even learned more about blogging than I ever thought possible.

All because the experts were willing to give a little of their expertise away. Enough to make an impression on me, anyway, and get me to bookmark their sites and follow. And when I do get some media money, they’ll be the ones I spend it on.

But how does that really help me. I’m not an expert on anything. “Jack of all Trades; Master of None.” And even if I was an expert cook, I’m not going to be selling cook books someday. I’m a pretty decent scrap-booker, but I don’t WANT to sell how-to books in crafting or anything else. And though I know some things about writing, for the most part other writers won’t make up the majority of folks that will want to read my books. How can I make my genre into a niche?

No, I don’t have an answer – yet. It’s forming and I’m giving one idea a chance to blossom a little before I act on it. Would hate to jump into the water with both feet only to find out it’s quicksand. And besides, my niche wouldn’t work for anyone else. That’s the definition of niche anyway: a place or position suitable or appropriate for a person or thing.

No wonder it is so elusive. I’ll find it, though.

How about you. Do you see a goal for your blog or a niche where you focus your articles?