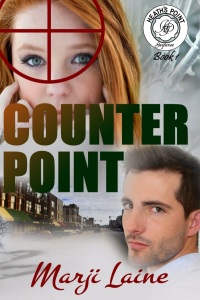 Yep, I’ve lost count. I think we’re at maybe day 20 or 21 for our isolation, but keeping that count is more depressing than encouraging.

Here’s a little about the book:

Someone is determined to finish a murdered hit man’s final assignment.

Her father’s gone. Her diner’s closing. Her car’s in the lake. Cat McPherson has nothing left to lose. Except her life. And a madman’s bent on taking that away.

Her former boyfriend, Ray Alexander, returns as a hero from his foreign mission, bringing back souvenirs in the form of death threats. When several attempts are made on Cat’s life, she must find a way to trust Ray, the man who broke her heart.

Keeping Cat safe from a fallen cartel leader might prove impossible for Ray, but after seeing his mission destroyed and several godly people killed, he knows better than to ignore the man’s threats. Cat’s resistance to his protection and the stirring of his long-denied feelings for her complicate his intentions, placing them both in a fight for their lives.

How can a small-town girl survive when ultimate power wants her dead?

So I’ll be counting up the chapters and scenes on that instead of the days of our spring of isolation. Join me here. Ask me questions or make comments. You can even share you experiences that might be like some of the things that go on in the book. (No spoilers if you’ve already read it though!☺)

Until tomorrow, and spread the word! I’d love to chat with y’all!

I looked up the word archetype the other day. I thought the word just referred to broad types of characters in literature. Boy did I have a few surprises. Seriously, some of what I read bored the tar out of me. I didn’t care about the ways that some of the heroes were developed, and I didn’t need to delve too deeply into the life and times of the philosophers who created the categories. But I loved the psychology behind the project. END_OF_DOCUMENT_TOKEN_TO_BE_REPLACED

Clash of the Titles has a BIG week coming up!

Wednesday marks the beginning of our June Releases Clash, hosted by the lovely Gail Pallotta. She’ll introduce you to five amazing new books, so get your voting finger ready.
Saturday, we’ll announce the three finalists in the 2012 Laurel Awards. Our judges have been raving about the books, saying they wished they had more than just the first two chapters. Remember, this year’s judges are readers like you, who have no connection with the writing or publishing world. You could be one of them! If you’re interested in being a judge for the upcoming Olympia Award, please email us at contactcott(at)gmail(dot)com.
Our current judges are still sending in their score sheets, but by Saturday, we’ll have the final tally!

In the meantime, we’d like to pass along that Astraea Press is having a HUGE Summer Sale. Almost all of their stock is available for $.99 on Kindle and Nook. To whet your appetite, here are five titles from their Inspirational line. The sale lasts until the end of July, but get your e-books today, before you forget!

Paxson Taylor’s recent relocation to St. Louis leads her to a life different from what she’s experienced in the past. Through her work with a small charity, she meets and attracts the attention of professional baseball player, Sebastian Quinn. Flattered, Pax tempers her desire for the handsome playboy with her need to serve her God—a God Seb doesn’t believe exists. Through unspeakable tragedy, they grow closer and with disappointment, drift apart. How can two people from opposite ends of the faith spectrum reconnect when they need each other most?

LIZZIE AND THE GUERNSEY GANG by April W Gardner

Lizzie Browning loves nothing more than her tiny, island-home of Guernsey, but when German troops invade, she knows it will never be the same again. For Lizzie, younger brother Andre, and Cousin James, the time to escape is now, and they know just how to do it. With the right tools and a little help from a boat named, Trina, they’ll be off the island in no time. When things start going wrong, Lizzie wonders about God’s plan. From the looks of it, He might expect them to live under Nazi rule…forever.

THEN SENTENCE by Elaine Cantrell

How could he do it! How could her father bring into their home the guy who burned the church? Yeah, it was an accident and her dad’s a minister, but if he wanted to save this man’s soul, why didn’t he go to the prison to do it?  And no matter how cute the criminal is, no matter what anyone says, she doesn’t watch him all the time. Nice girls don’t fall for guys like Clint.  Do they?

When six kids are at a party, partaking in a little too much fun, one of them is killed. The Mulligan Man, a character straight out of folklore appears offering them the chance to fix all the wrongs. In order to complete the deal, the teenagers must find out the truth of what happened, perform a random act of kindness, and become friends.

If they meet these stipulations, he will allow them to bring their friend back from the dead. In the process they learn not to judge, to stay away from drugs and alcohol, and that love can bridge even the boundary of death.

Sent back four hundred years to reclaim her birthright as Princess of Dresdonia, Lexy Newberry discovers the only thing harder than living without electricity is guarding her heart from the perplexing Lord Lukas Reynard.

FOR MORE CLEAN FICTION IN OTHER GENRES SEE ASTRAEAPRESS.COM