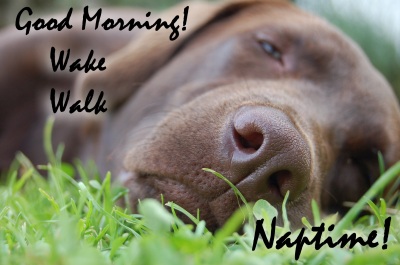 “It isn’t the heat that will get you, it’s the humidity!”

Either way, the dog days of summer are those breathless days when the pool and iced drinks are bigger lures than chocolate. (Is that even possible?) When air conditioning becomes your best friend.

The daily walk gets END_OF_DOCUMENT_TOKEN_TO_BE_REPLACED

I’m so excited about Sharon Srock’s newest book, Terri, in her Women of Valley View series! Have you purchased your copy yet? If you haven’t, you might could win the one that I’m giving away!

And today, we actually have a MAN from the book visiting on Faith~Driven Fiction. I hope you enjoy getting to know STEVE, the hero from the book Terri. As your getting to know him, see if you can determine the type of hero he is! And don’t miss a special treat at the very end of the interview, a preview of Terri by Sharon Srock! Oh and leave a comment and email if you want to win a copy of Sharon’s book. Tell me what type of hero you think STEVE is! END_OF_DOCUMENT_TOKEN_TO_BE_REPLACED

I’m so excited about this debut novel and the three that I hope will follow it! I got to meet with author Sharon Srock at the recent ACFW Conference and besides being delightful, she is a NASCAR fan! Woohoo! Hope you enjoy getting to know her and Callie! END_OF_DOCUMENT_TOKEN_TO_BE_REPLACED

I just finished Nipped in the Bud a cozy mystery by Susan Sleeman. The first of a series. I love a new series. They keep me coming back and I will definitely pick up Susan’s second book, Read Between the Tines.

This cozy didn’t come close to a “can’t-put-down” book, but it proved a lovely distraction. In analyzing this story, I found 3 main reasons that I enjoyed it.

Lightheartedness – This story does not take itself seriously. I mean the main character, whose mom was a librarian, is named Paige Turner. (And if you don’t like puns, don’t bother!) Each chapter begins with a clip from Paige’s “Through the Garden Gate” radio show. Now I’m betting that one or two of those clips found inspiration in real callers to some program, but most of them became variations on a theme. I also enjoyed the way Paige Turner compares everyone to different types of plants. Insightful to the reader and the cleverness of the auther is downright inspiring to the writer in me!

Twists and Turns – Ms. Sleeman wove together a compelling mystery with several redirections, red-herrings included. Paige determines to fight all obstacles to learn who killed a “pillar” of her small community. Especially when she’s blamed for the murder. The fact that I suspected the murderer at the beginning annoyed me, but didn’t remove the delight of uncovering the fun paths that Paige’s journey took me on.

Quirks – Paige desires total control over every aspect of her life. No wonder she’s still single in her mid-thirties. She’s funny, honest, and flirtatious. In fact, Ms. Sleeman wrote Paige so carefully, that I could easily perceive her personality. But I didn’t like her very much. Headstrong and unwise, at times she behaved like an old woman. At others, like a child. She had school-girl reactions to a handsome stranger and made choices and decisions that weren’t just poor, they bordered on ridiculous. And I would hate to learn what type of plant she’d compare me to!

As to the comparison, though enlightening, for many of the characters it proved the only hint to their personality. Not even the hero was developed into a living person. Maybe the first-person point of view of the story hindered character development, but everyone seemed terribly shallow.

Also lacking depth was the spiritual aspect of the story. The author set up a great opportunity with Paige’s controlling personality, but all mentions of God and faith floated along the surface.

I think I’ve mentioned before how easily I cry, especially with a sincere moment of brokeness before God, whether in worship or reading a story. I longed for that moment in this book and it never came. Almost as though the spiritual aspect of the story was an after-thought.

♥♥♥1/2♥  All in all, I truly enjoyed Nipped in the Bud and look forward to the next segment of Paige’s life in Reading Between the Tines. And looking at Susan Sleeman’s website, I see several others that I’m going to read as well!

Your turn: Do you read mysteries or suspense? What elements must they have to capture your favor?

By the way, I have a whole page of books I’ve reviewed over the last year. Please stop by as you’ll likely find a gem!